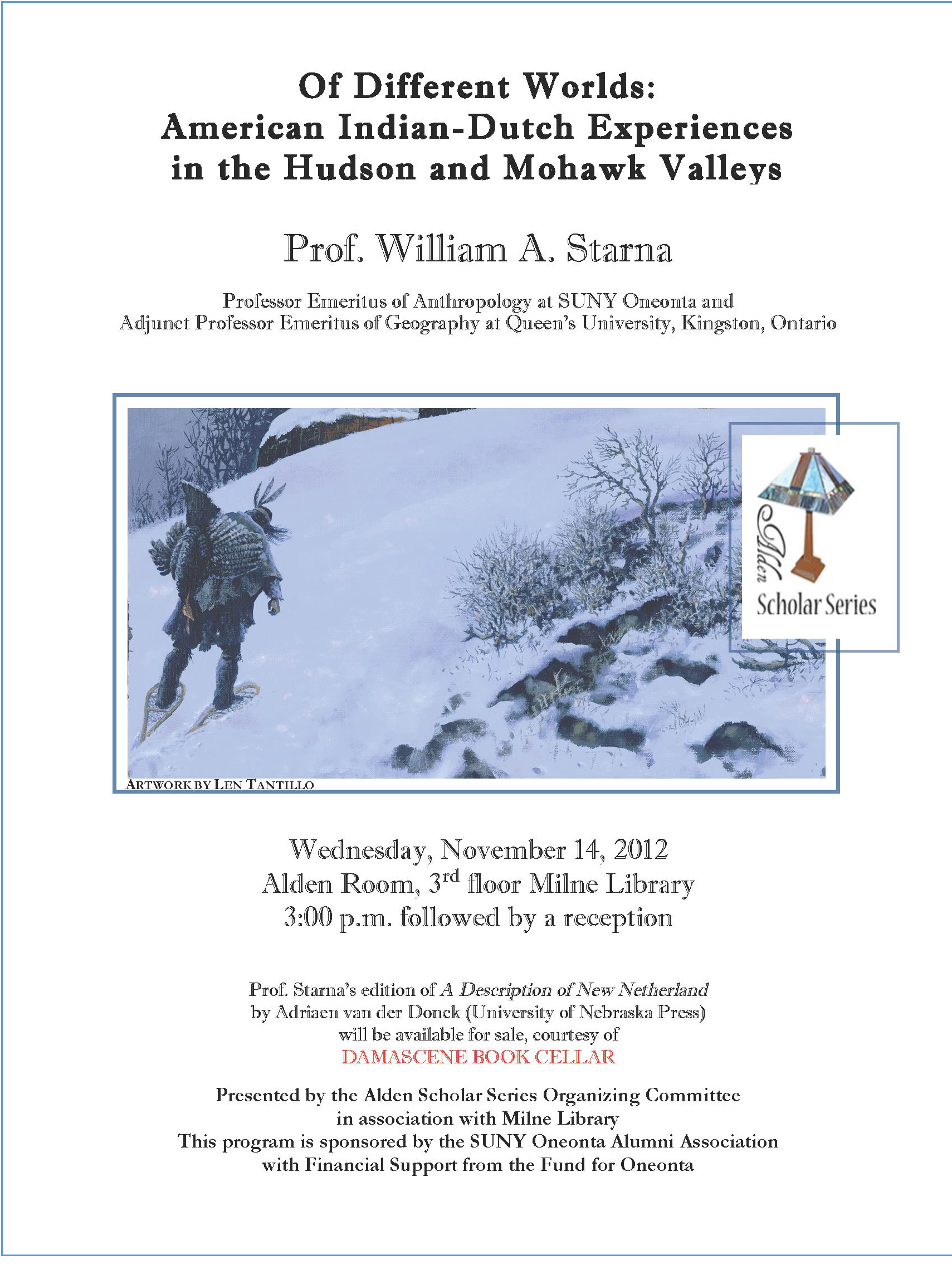 Of Different Worlds: American Indian-Dutch Experiences in the Hudson and Mohawk Valleys

Henry Hudson’s sojourn up the river that today bears his name took place in the same year that Samuel de Champlain made his brief and violent foray south into the Champlain Valley.  Yet it was with the Dutch, not the French, that Indians in what would be called New Netherland – later colonial New York – would experience their first sustained contact with European interlopers.  Employing the surviving and translated documentary record created by period Dutch annalists and administrators, the presentation addresses early cross-cultural appraisals, the disputes that often followed over land and the all-important trade in furs, and the accommodation made necessary by a kind of mutual dependency.

Dr. Starna’s work represents a significant contribution to the study of the Dutch presence in North America.  Equally important, this corpus of work has provided a context for interdisciplinary efforts by other scholars whose histories have addressed the broader social, political, economic, religious, material culture, and ethnically diverse nature of the Dutch experience in New Netherland, one that has had a lasting legacy here in New York and elsewhere.  The influence of the Dutch in the Hudson and Mohawk Valleys, and somewhat later in the Upper Susquehanna Valley, has been considerable, and remains of interest to lay persons, many of whom can trace their ancestry to these early European settles.  Moreover, there is no lack of interest in American Indian cultures, which locally are represented by Native-language place-names, a general familiarity of community members with the history of Indians in New York, and statewide, the presence of nine federally and state recognized tribes.