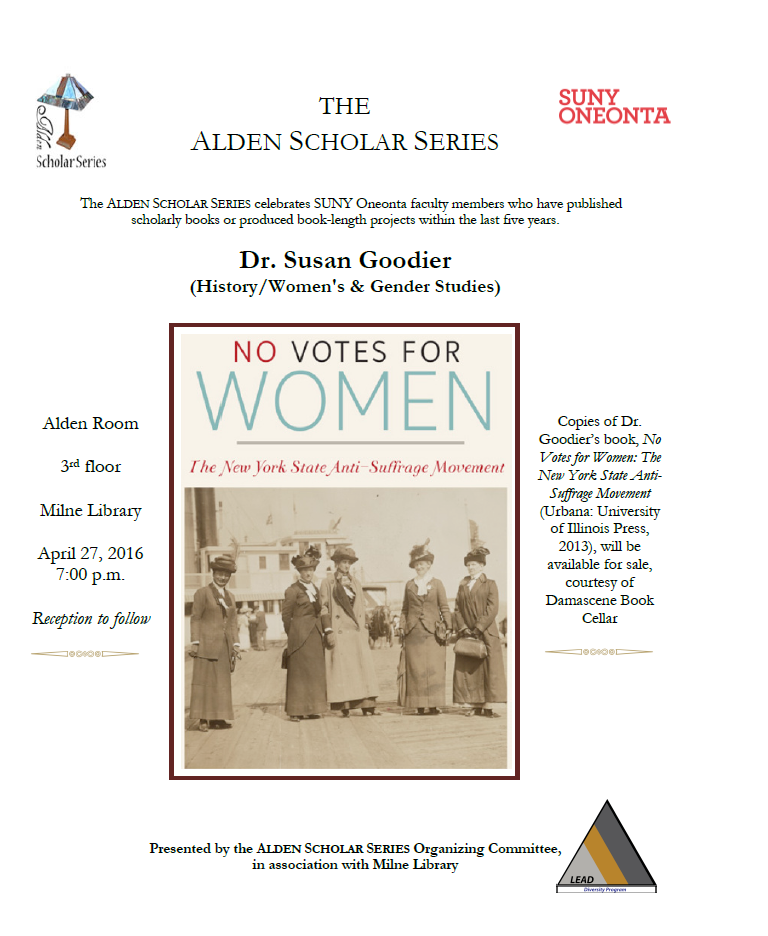 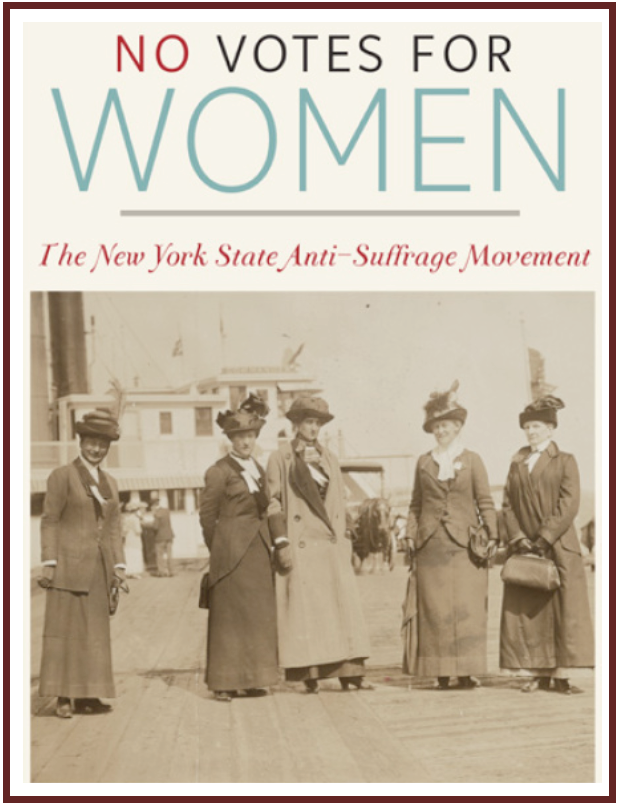 No Votes for Women: The New York State Anti-Suffrage Movement

In 2017 New York State celebrates 100 years of women having the right to vote.  It was a hard fought campaign, beginning with a petition asking for the right to vote in 1840, progressing to a convention in Seneca Falls in 1848, then through more than six decades of petitioning, parading, letter writing, speech making, and lobbying.  Countless women devoted their energies to the campaign, facing public censure for their commitment to the cause.  Why did it take so long for women to obtain a right so many of us take for granted today?  Part of the answer relates to custom - voting was quintessentially male - and the belief that the state required the proper gender balance to function.  Another important part of the answer had to do with the women who organized themselves to resist their enfranchisement.  No Votes for Women: The New York State Anti-Suffrage Movement explores the New York State Association Opposed to Woman Suffrage and the personalities and the activism of the all-female membership.  It argues that anti-suffrage women, like suffragists, served as political actors and that they played an important role in shaping the pro-suffrage movement in the state and beyond.  Anti-suffragists used a wide range of political techniques - public speaking, lobbying legislators, petitioning, organizing letter-writing campaigns, fundraising and publicity activities, and, yes, even voting for their own officers - in their attempt to preserve what they believed were their unique rights as female citizens of the United States.  Unlike other studies of anti-suffrage, it does not end with the passage of the Nineteenth Amendment in 1920.  It takes the story of anti-suffrage into the decade of the 1920s to analyze the ways that former anti-suffragists adapted to their voting rights.  Of the few books on the anti-suffrage movement, most focus on the national movement, although there is one that focuses on Virginia and another on Massachusetts.  This book is the first to focus on New York State, although all the national leadership actually came from New York.  Its subject is of interest to the broader community not only because the right to vote is one of our most important civil rights, but because understanding how women won the right to vote - and what they were up against in their quest - is a fascinating story of commitment, persistence, confrontation, and dynamic personalities on both sides.