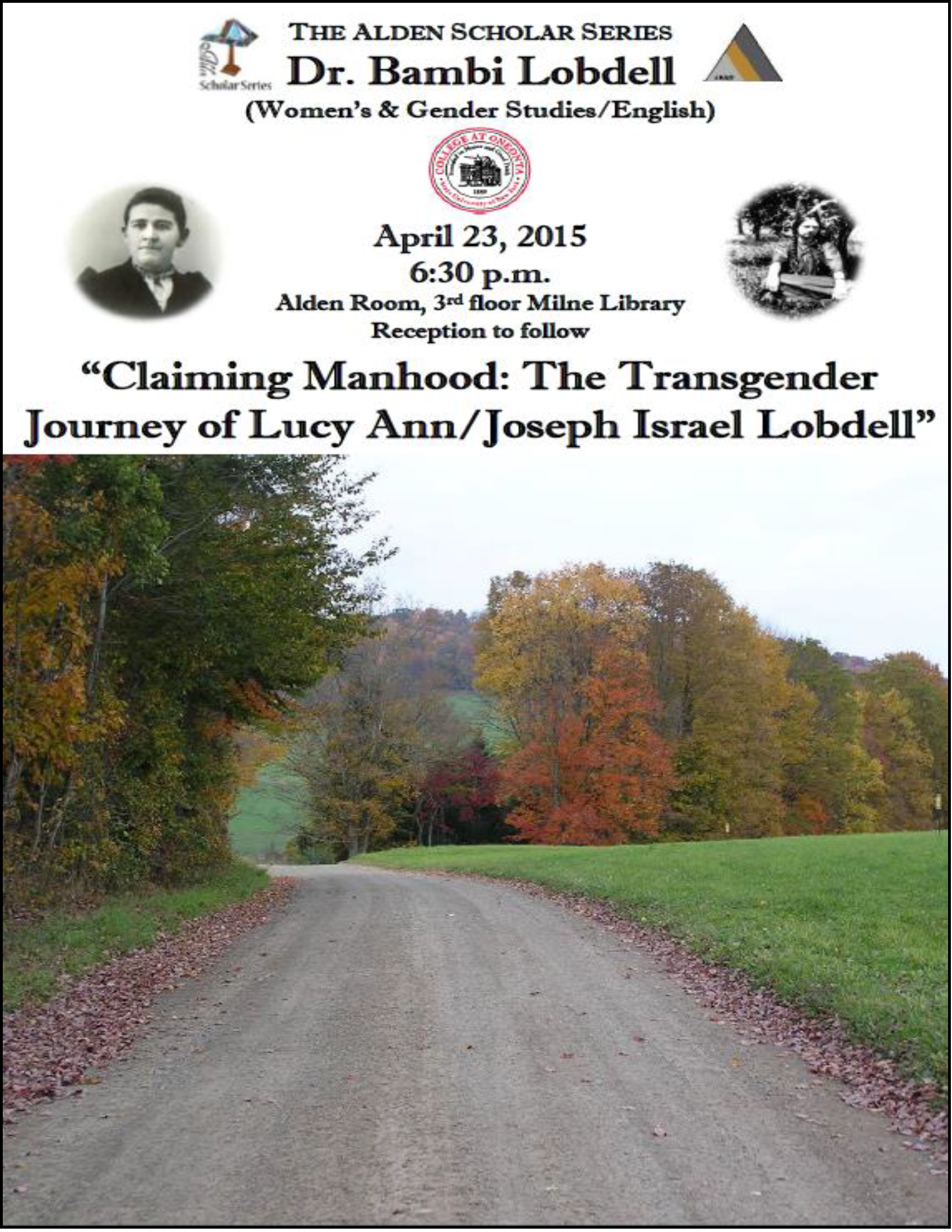 This book presents the biography of Lucy Ann/Joseph Israel within a historical context. Lobdell was born into a female body but lived his life as a man in the second half of the nineteenth century, in communities in Pennsylvania, New York, Massachusetts, and Minnesota. He enjoyed romantic relationships, economic success, and community respect in several towns before being outed for having a female body, which resulted in expulsion from communities, disruption of personal life, loss of employment, and incarceration in jail. Lobdell had to retreat to the wilderness with his wife, Marie, to protect himself from social and legal persecution. After a stroke of luck enabled him to finally be able to buy a small and set up housekeeping with Marie, his brother took legal action to have him incarcerated in an insane asylum for wearing men’s clothes and living with a woman.

Background discussions of nineteenth-century views of girls and women – female bodied people – explain the connection between social understandings and expectations of gender roles and gendered spaces, and the social order built on the containment of women within marriage and the home. The nineteenth-century philosophy of the Cult of True Womanhood is outlined to help readers understand why family, the public, and legal authorities reacted so strongly and violently to Lobdell’s gender variance.  A review of the nineteenth-century pseudo-science of sexology explains how concepts concerning gender and sexuality were shifting from being based in religion and morality, to what would become psychiatry. As the authority to manage unruly bodies believed to be dangerous to society shifted from the church to doctors, the law was used to shuttle people who did not conform to expectations of gender enactment or sexual behaviors into insane asylums, containing deviance under the guise of protecting the patient, but with the intent of protecting society.

Queer and transgender theories are used to explain the meanings of nineteenth-century responses to and containment of Lobdell, as well as the misgendering of Lobdell by twentieth-century academics who insisted on placing Lobdell within lesbian history as a passing woman. In reviewing Lobdell’s life and identity as understood by shifting concepts and terms covering the last 160 years, this book highlights the evolving ideas about transgender that are just now working their way into mainstream consciousness in our culture. Offering up a thoroughly analyzed version of Joe’s story traces the development of thought connected to gender presentation, gender identity, and sexual orientation in the medical, legal, and social worlds. By privileging the name and identity Joe claimed for himself, it presents Lobdell as a man, securing him in a sparsely populated American history of transgender people, helping to legitimize transgender identity in our culture. As a historical transgender subject so determined to live an authentic life in the face of decades of persecution and incarceration, Joe has been seen as a positive role model of strength and integrity by transgender men today seeking legitimacy as men.