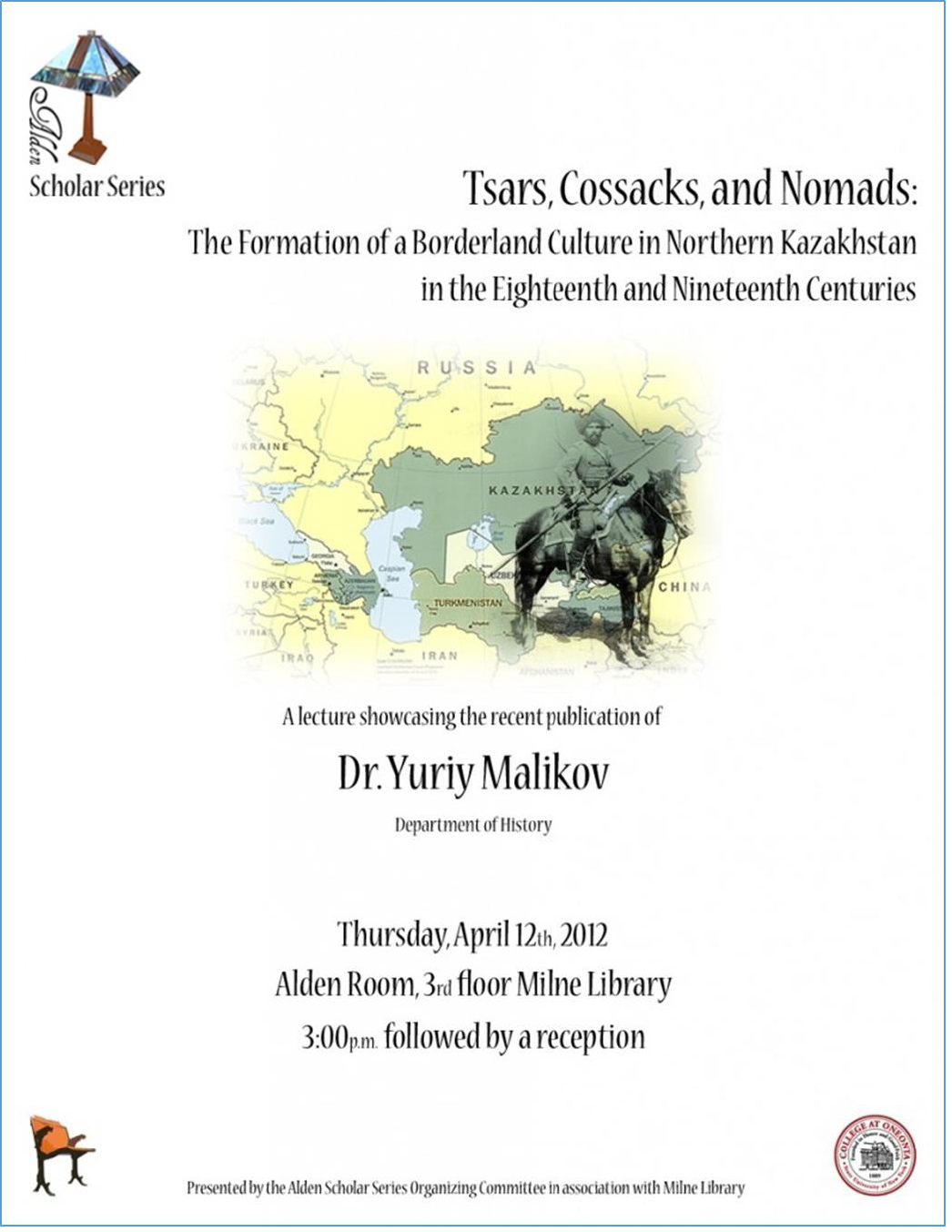 Tsars, Cossacks, and Nomads: The Formation of a Borderland Culture in Northern Kazakhstan in the Eighteenth and Nineteenth Centuries

This book focuses on the relations between Siberian Cossacks and Kazakhs from the time that it was included into the Russian Empire in 1734 to the end of the nineteenth century and analyses the reasons responsible for the mutual assimilation of ethnic and religious “others” and the consequences of this assimilation.  Dr. Malikov’s research aims to demonstrate that extensive contacts between aboriginals of the steppe and newcomers from the north led to the formation of a frontier society, which was distinct from traditional Russian and Kazakh societies.  The reciprocal adoptions of diverse cultural elements and cross-cultural exchanges created preconditions for the formation of a “frontier society of interests,” which crosscut racial and religious barriers, and resisted the attempts of the Russian central government to impose its rule over the peoples of this outlying region.  The aforementioned developments challenge the depiction of the contact as “a battle of cultures” or a meeting of “two different worlds,” as it is typically portrayed in contemporary historiography.

Malikov, Yuriy. (2011). Tsars, Cossacks, and Nomads: The Formation of a Borderland Culture in Northern Kazakhstan in the Eighteenth and Nineteenth Centuries. Berlin: Klaus Schwarz Verlag.