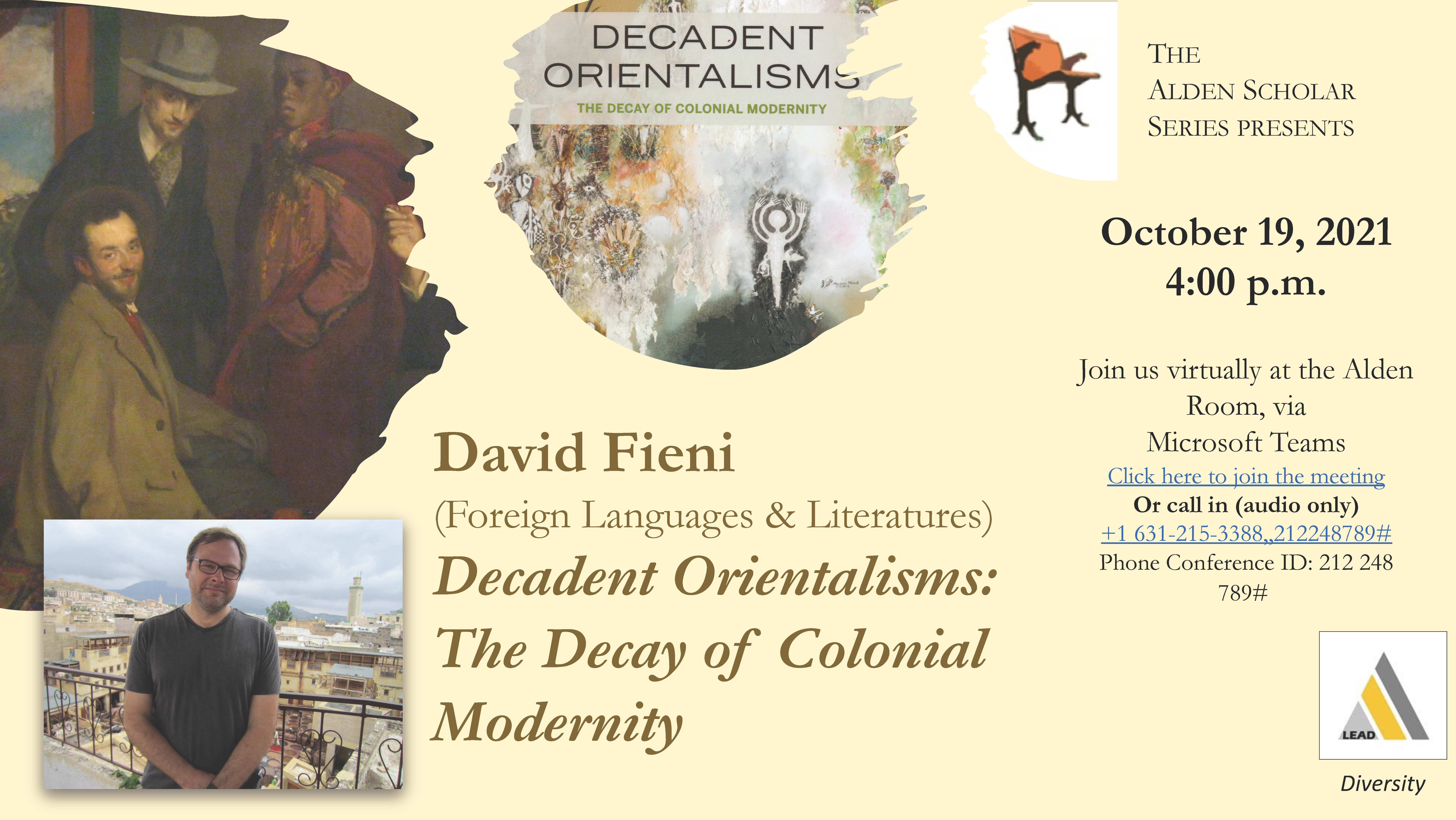 4pm in the Alden Room (Milne Library) and livestreamed on Teams

Dr. Fieni will present sections from his book, Decadent Orientalisms: The Decay of Colonial Modernity, which explores how literature and criticism in French and Arabic have imagined the relative health and morbidity of France and the Arab World since the mid-19th century. Attentive to historical and literary configurations of language, race, religion, and power, Decadent Orientalisms shows the importance of understanding Western discourses of Eastern decline together with Arab and Islamic responses in which decadence returns as a characteristic of the West. The lecture will range from a discussion of a scandalously carnivalesque Arabic text from 1855 by the Lebanese author Faris Ahmed al-Shidyaq to contemporary writing in French by Arab immigrants in Paris exorcising the specters of their own supposedly “degenerate” status.

A graduate of UC Berkeley (B.A., Comparative Literature) and UCLA, (Ph.D., Comparative Literature), Dr. David Fieni is an Associate Professor of French in the Department of Foreign Languages and Literatures at SUNY Oneonta. He is the author of Decadent Orientalisms: The Decay of Colonial Modernity (Fordham, 2020), the translator of The Empire of Language: Beyond (Post)colonial Expression (Cornell, 2013), and the co-editor of two special journal issues. His work focuses intersections between France and the Arab World since the nineteenth century in literature and culture. He has published on topics as diverse as mourning in the work of Algerian women writers, cinematic depictions of checkpoints, global street art and graffiti, and Moroccan visual art.