Milne Library has a long history of maintaining several special collections.  Some of these began with the advent of the College in the late 1800s, while others have been acquired over the years.  In the first Milne Library (what is now Alumni Hall), the collections were housed in a small and pleasant room on the second floor, and tended by Dorothy Ryndes. 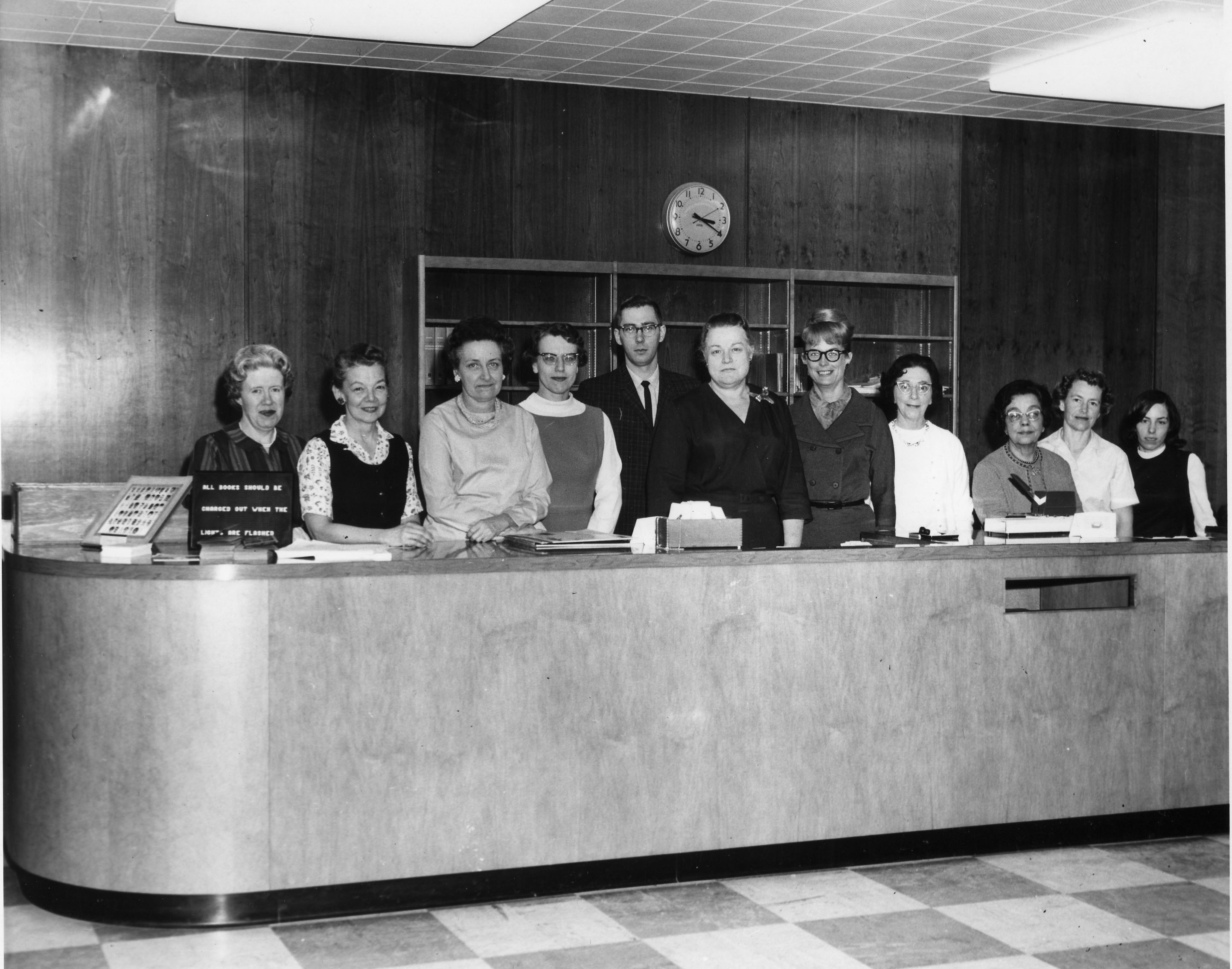 Above is the library staff in 1965; Ms. Ryndes is pictured second from the left.

When "Dot" retired in 1970, Martha Chambers assumed the care and maintenance of the collections.  Under her loving attention, the collections grew, and with the move of the library to the new (and current) building in 1974 and the move of the special collections to the third floor Alden Room, Martha and special collections were synonymous.  With the elegance of the room and Martha as gracious hostess for lectures, evening programs, and exhibits, special events in the Alden Room held a certain style and ambiance which were unique. 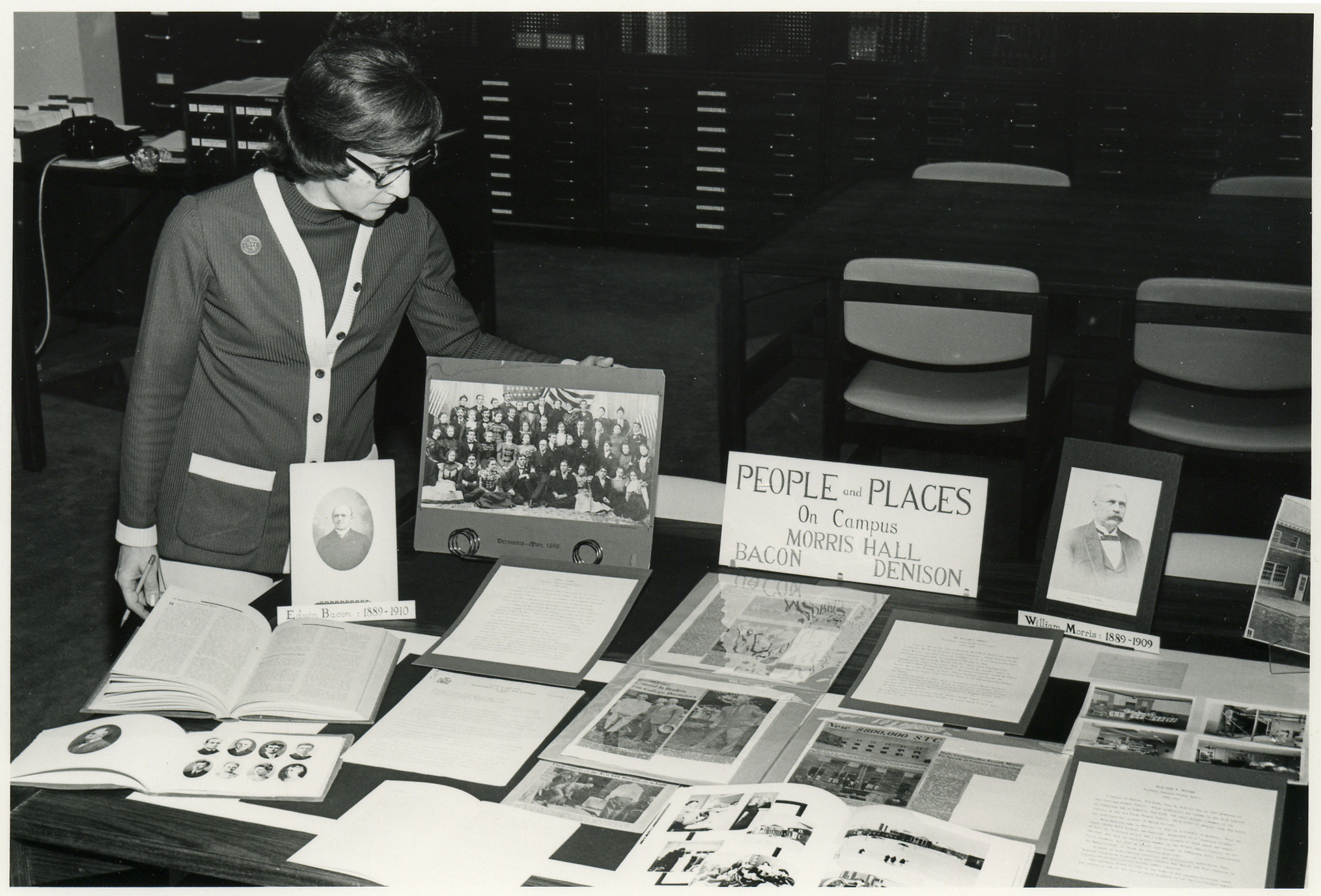 Ms. Chambers is pictured above with one of her many illuminating exhibits in the Alden Room

With Martha's retirement in 1986, care of the collections was taken over by Diane Clark, who continued to direct the collections even after she became head of cataloging in 1988, both full-time jobs.  In 1995, the responsibility for special collections was borne by the resurrection of the Special Collections Center Committee.  An earlier committee of the same name but with a broader and slightly different mission had been disbanded in 1977.  Duties were divided among members.  Since 1995 there have been a number of changes in membership, and in 2020 this committee, along with a number of other library committees, has evolved into a team.